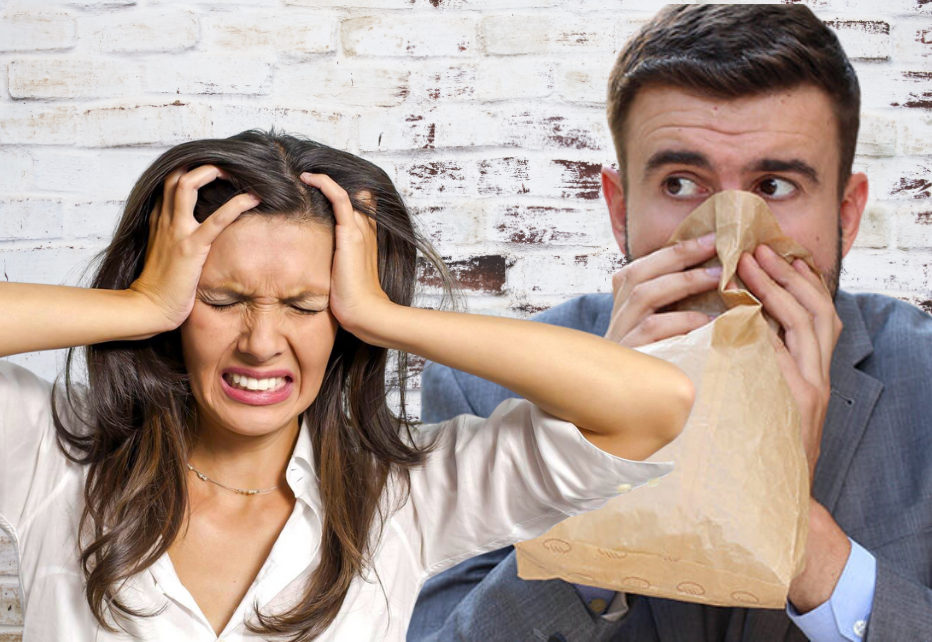 The holidays and stress go together like eggnog and rum! We endure shopping, long lines, traffic, traveling, and end-of-the-year deadlines.   Have no fear, it’s adaptogens to the rescue!

Adaptogens are plant-based substances (often herbs) that can improve the health of our adrenal system, which is in charge of managing our body’s hormonal response to stress. While it’s impossible to eliminate stress from our life, adaptogens will help us better cope with how our body responds to it.  Yes, you can now smile during those frustrating days with your in-laws.

Just like the name implies, adaptogens can help your body “adapt” to and recover from both short- and long-term physical or mental stress. Some may also boost immunity. Research shows adaptogens can combat fatigue, enhance mental performance, ease depression and anxiety, and improve your general state of well-being.

Other health benefits of adaptogens include:

Here are my six favorite adaptogens:

Ashwagandha is my top recommendation for combating stress and anxiety. It also helps improve sleep. This adaptogen herb relieves stress by lowering cortisol (stress hormone) and balancing thyroid hormones. Ashwagandha is comparable to common anti-depressant pharmaceutical drugs lorazepam and imipramine, without the side effects. If you’re an insomniac and have a hard time turning off your brain, this adaptogen can calm the mind and put you in lala land!  It’s been shown to help people reach deep, restorative sleep, which is crucial to keeping your hormones in check. Ashwagandha may also be useful in supporting adrenal function which can help increase your energy levels during the day.

When choosing an ashwagandha product, look for a root powder or a root extract. It should have at least 5% withanolides — key marker compounds which may also play a role in the herb's activity. Sometimes this is labeled as "steroidal lactones." The milligrams in the product don't have anything to do with the potency – what really matters is the percent of withanolides, and the extraction process. Also, it’s best to find a brand that has third-party, independent testing.

How to take it: 1200 mg capsules per day.  It doesn’t need to be taken with food. Ashwagandha liquid extract is also available.

As we age, many of us experience “brain fog.”  We have a hard time concentrating, remembering where we left our keys, or what we needed at the grocery store once we get there.  Holy Basil can help!  This adaptogen has been shown to help improve memory and remove brain fog.  Holy basil promotes memory and attention by increasing acetylcholine levels (a neurotransmitter.)   Holy basil also plays a role in normal tissue growth and repair processes such as neurite growth, suggesting that it may help to restore our blood-brain barrier which improves cognitive disorders such as Alzheimer’s disease and dementia. According to the Journal of Ayurveda and Integrative Medicine, holy basil has antidepressant and anti-anxiety properties.

In a randomized, double-blind, placebo-controlled study, extract of holy basil, was found to be 39 percent more effective in the management of stress symptoms than the placebo. It can also reduce anxiety and feelings of depression. Brain improvement isn’t the only benefit of taking holy basil.

In vitro (laboratory or test-tube) experiments show that holy basil may have immune system boosting and antiviral properties. Additional studies have also suggested that holy basil can protect the liver against toxic chemicals, help to lower blood sugar, and inhibit the growth and progression of cancer.

How to take it: Holy basil comes in a variety of forms from the fresh herb to various extracts. The most common form of Holy Basil is a dry extract; it can be found in various strengths and qualities. Around 300 mg to 600 mg is the recommended dosage on most products, but follow the directions on the label.

Cordyceps is often called the “Olympic mushroom” because it increases the body’s   production of the molecule adenosine triphosphate (ATP), which is essential for delivering energy to the muscles. The body uses cordyceps as ATP without having to expend energy to make it.  This specific type of mushroom helps to fight stress and help balance hormones.  Additionally, cordyceps increase lung capacity and, therefore, enhances oxygen absorption and utilization on a cellular level. This enables the body to better deal with stress and increases our endurance during physical exertion.

Research conducted on cordyceps mushroom powder on exercise performance showed after only three weeks, participants’ VO2 max had increased by 11%, compared to a placebo. VO2 max is a measurement used to determine fitness level.  This power-house mushroom has also been shown to increase athletic performance and improve endurance.

How to take it: You may not find fresh organic cordyceps at your local grocery store, but you can find it in a powdered or pill form at most health food stores or online. It goes great added to a smoothie or brewed into tea. Dried whole mushrooms can often be found online.  The dosage commonly used in human research is 1,000–3,000 mg per day.

Astragalus is a member of the bean/legume family.  This adaptogen has been used in traditional Chinese medicine for thousands of years for immune support and combating disease. A review published in the American Journal of Chinese Medicine found that astragalus-based treatments have demonstrated significant improvement of the toxicity induced by drugs such as immunosuppressants and cancer chemotherapeutics. Astragalus extract has a beneficial effect on the immune system, and it protects the body from gastrointestinal inflammation and cancers.

Astragalus boosts the immune system by encouraging an increase in immune cell (T-cells, natural killer cells, macrophages, immunoglobulin) activity, production, and function.  At the first sign of a cold, flu, or cough, I always have my patients take astragalus and they see amazing results.

How to take it:  The recommended dose for a standardized extract is 250 – 500 mg, three to four times a day. When making tea, boil four grams of dried root per 12 ounces of water three times a day. You can get a tincture of astragalus which actually has a pleasant taste (which is rare among most tinctures.)

Rhodiola is a flowering plant,  long hailed for its ability to increase energy, endurance, strength, and mental capacity. It’s considered an ‘adaptogenic’ herb, because of its proven effects at helping people adapt to stress. According to one study published in Phytomedicine, this natural energy-booster can help reduce mental fatigue and improve performance on work-related tasks by up to 20 percent. One study found evidence to suggest that Rhodiola may reduce symptoms of generalized anxiety disorder in two months.

Rhodiola contains high levels of a compound called rosavin which can help to lower the stress hormone cortisol. Having high levels of cortisol can wreak havoc on the body and cause an increase in life-threatening belly fat. Cortisol also reduces the body’s ability to fight toxins and pollutants that cause aging.

How to take it:  This herb is better taken as an extract or tea. The amount depends on how much standardized extract it contains. Rosavin, in particular, is one of the compounds named as having an effect on reducing stress.

Schisandra is a traditional treatment for anxiety, insomnia, and fatigue. It also helps to calm the mind and shortens the amount of time it takes to fall asleep and allows you to stay asleep longer.   The benefits of this herb extend throughout the day. Schisandra aids in giving you a mental and physical boost when you’re dragging and helps to restore balance to your body. It aids in increasing dopamine, a hormone that’s important for a general feeling of well-being. When our dopamine levels are off-balance, this can cause us to seek out dopamine in unhealthy ways to diffuse anxiety, like alcohol and drugs.

A 2017 study found that Schisandrina has a beneficial, positive effect on Alzheimer’s disease. Researchers determined that this was caused by Schisandrina’s ability to block the formation of excess amyloid-beta peptides in the brain. Another study in 2016, found Schisandra extract can have a profound improvement for women with menopausal symptoms including hot flashes, sweating, and heart palpitations.

How to take it: There are several options available, ranging from tincture, pills, capsules, to teas and tonics. If taking in the liquid form, generally it’s best to go with doses of 20–30 drops daily. For capsules take 500 mg.