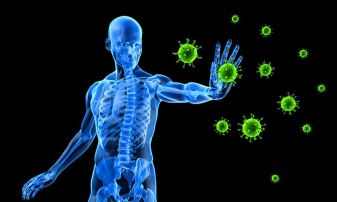 Autoimmune Disease: Why The Body Attacks Itself?

We hear about autoimmune diseases much more often than we used to. In fact, autoimmune diseases are considered the second highest cause of chronic illness, according to the American Autoimmune Related Diseases Association. With all the different conditions that fall into this category, it can be hard to understand what autoimmunity means. The short explanation is that autoimmune diseases occur when the body attacks a part of itself, causing damage and creating inflammation. This sets the stage for a cascade of symptoms and ongoing health issues.

How Does It Start?

The longer version is that normally the acquired immune system can tell the difference between its own components, like cells, and those that are foreign, like certain kinds of bacteria, parasites, or even food. The immune system can remember these invaders; the next time they come around, it launches an attack on them using antibodies to try and destroy them. Various things can break down this inherent ability to distinguish self from non-self, and when that happens the body produces autoantibodies, which begin to attack your own normal, harmless cells. The “On Switch” for autoimmunity is still largely a mystery. We usually see a combination of factors contributing to the onset of an autoimmune disease, such as stress, viruses, and genetics, all contributing to a shift in the way the acquired immune system functions.

A compromised digestive system is another factor that has been linked to autoimmunity. The digestive tract holds more 70 percent of the body’s immune system, called gut-associated lymphoid tissue. Not only is this tissue built to absorb nutrients but it’s also made to keep foreign substances out. Many things can lead to a breakdown in the strength of the gut wall (like food sensitivities, stress), which causes intestinal permeability, or “leaky gut”. When leaky gut occurs, particles that are normally not supposed to be absorbed end up in the bloodstream. Since these are strange and different compounds, the immune system swings into action to start destroying the intruders. When the gut is continuously compromised, the immune system is in a constant state of overdrive and can start attacking the normal cells instead of the foreign ones; autoimmune disease is the result. Additionally, this type of gut issue causes malabsorption, leaving the body with fewer nutrients than it needs to fully support a healthy immune system.

The part of the body affected by autoantibodies depends on the type of autoimmune disease at work. For example, in Hashimoto’s and Grave’s diseases the thyroid is attacked. The small intestine is the target of Celiac disease, the pancreatic islet cells are destroyed with Type 1 diabetes, and the myelin sheaths surrounding the nerves of the brain and spinal cord are deteriorated in Multiple Sclerosis. These are only a few of the more than 80 autoimmune diseases that exist, and often they are not limited to just one part of the body. Unfortunately, having one autoimmune disease increases the risks for others. For example, those with Celiac disease are 14% more likely to have another autoimmune disease than the general population, which has a 2.8% prevalence of autoimmunity. Another risk factor for autoimmunity is simply being female. 75% of those with an autoimmune disease are women, typically in their childbearing years.

Considering the scope of body parts that can be affected by autoimmune diseases, you can imagine there are many different symptoms that might signal one. These symptoms are often not exclusive to just one disease and thus can lead to much time spent seeing various doctors to find a true answer. Another tricky part of autoimmune symptoms is that they may not obviously relate to the area of the body being attacked. For example, aside from digestive issues, some symptoms of Celiac disease can include brain fog, dry itchy skin, and depression. One common characteristic of autoimmunity, though, is inflammation, which may be present as pain, heat, redness, and swelling. Inflammation can also hide silently, creating other problems, such as the intestinal damage in Celiac disease that usually leads to malnutrition.

So, how are autoimmune diseases diagnosed? Usually, this is done through a blood test that will look for different types of autoantibodies, as well as a complete blood count (CBC) which will take a look at your immune system through your red and white blood cell numbers. Blood tests for inflammation, such as c-reactive protein and erythrocyte sedimentation rate, are also usually run to see what degree of damage may have already occurred. Celiac disease, on the other hand, is initially tested for with blood but is confirmed with a biopsy of intestinal epithelial cells.

What You Can Do

The first part to supporting your body is diet. The Western or Standard American Diet, also known as SAD, is extremely pro-inflammatory and negatively impacts the immune system, thanks to excess amounts of salt, sugar, and the poor-quality fats it contains. This type of diet also includes a large amount of processed and fast-foods, which have had most of their nutrients removed and replaced with artificial ingredients that your body is unable to recognize and properly metabolize. Studies have found the SAD way of eating contributes to increased rates of obesity, metabolic syndrome, and cardiovascular disease, which have been linked to promoting autoimmune diseases. Additionally, diet plays a huge role in the health of our gut bacteria, which helps to break down our food, absorb nutrients, regulate inflammation, and fight off bad bacteria. A high-fat diet has found to disturb the normal balance of the gut microbiome, which we know plays an essential role as an immune barrier and regulator. Certain beneficial strains of bacteria, such a B. fragilis, are beginning to become less common. Some researchers believe this could be yet another reason autoimmune conditions are on the rise.

Switching from the SAD way of eating to nourishing, whole-foods can work wonders for the symptoms of autoimmune diseases. This means ditching all processed, refined foods, and focusing on nutrient dense foods in their most natural form. A whole-foods diet is naturally rich in antioxidants, which has anti-inflammatory benefits for your entire body. Many autoimmune patients find dietary changes beneficial, but what works for one person may not be the same for another. Some find a grain-free diet extremely beneficial, while others might take a completely plant-based approach with great results. It’s always a good idea to experiment and find what works best for your unique body.

Aside from diet, stress plays a major part in modulating autoimmunity. Some research has found that up to 80% of those with an autoimmune disease cite an occurrence of uncommon emotional distress before the onset of their disease. The negative effects of stress on the immune system are linked to both the hormonal component as well as the psychological one. The good news is that stress is something we can genuinely try to reduce in our everyday lives, which should be made a priority for anyone suffering from an autoimmune disease. One study of patients with active Multiple Sclerosis found that those given stress-management therapy had a lower occurrence of new brain and spinal cord lesions forming, an important marker of disease progression.

Supplementation can also be helpful in regulating the effects of autoimmune diseases. Obviously, autoimmune diseases are so varied that specific symptoms and disease characteristics need to be taken into account for individualized care. However, a deficit in vitamin D is widely tied to general autoimmunity, due to its role as a natural immune modulator. Reviews have shown low levels of vitamin D correlate to a higher prevalence of autoimmune diseases. It’s a good idea to have your doctor check your vitamin D status and then supplement as needed. Another beneficial supplement would be a probiotic, due to the connection of intestinal permeability to autoimmunity. You can read more about picking a high-quality probiotic in my previous post, Probiotics: Everything You Need to Know.

While autoimmune diseases are often overwhelming, there are many things you can do to ease the severity of symptoms and reduce the risk of triggering another one. Educating yourself is the first step towards gaining control over your health and supporting your unique body.