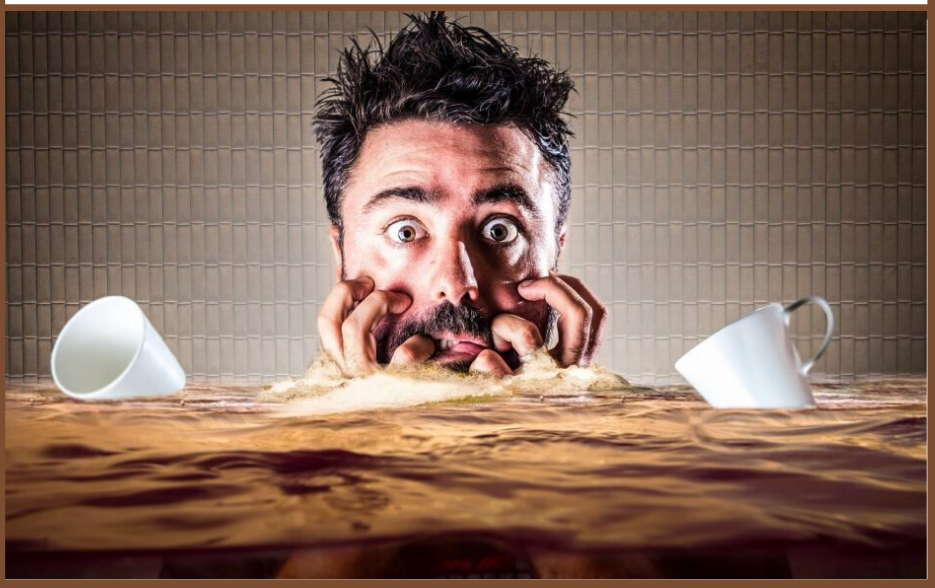 Coffee Alternatives With No Jitters or Crash

In moderation, coffee offers a slew of potential health benefits including extending your lifespan. That morning cup of Joe is the go-to for millions of people to help them stay alert and increase their energy levels. However, for many, coffee causes jitters, increased heart rate, high blood pressure, anxiety, and insomnia. In addition, after the caffeine wears off, it often creates a 'crash,' leaving you feeling fatigued. So it’s more coffee to the rescue! It can be a vicious cycle.

Research has proven that coffee is a central nervous system stimulant which has physiological effects similar to drugs, such as cocaine. Caffeine can be very addictive and if you deprive your body of this java fix, it can lead to withdrawal symptoms like headaches, nausea, and dizziness. While coffee is the most popular beverage in America, it’s not for everyone. Caffeine, especially in large amounts in a short period of time, can increase the body’s production of the hormone adrenaline. This can lead to a rapid increase in heart rate, breathing rate, sweat rate, blood pressure, even nerve twitches—especially around the eyes. Also, some people are born without the ability to metabolize coffee. You’ll know if that’s you because drinking coffee leaves you feeling irritable. In addition, if you have gut issues like irritable bowel syndrome, ulcerative colitis, or Crohn’s disease,  you should consider cutting back or eliminating coffee. Coffee causes peristalsis, which is the involuntary muscle constriction of the colon.  Having a spastic colon isn’t the greatest thing to have if you suffer from gut issues.

Many people feel energized and more productive after drinking coffee.  The problem is, over time, the body can build up a tolerance to coffee. That means you tend to crash quicker after one cup and have to increase your cup of Joe to two, three, and four more cups to achieve the same level of energy that one cup used to bring you.  Chronic coffee drinkers also tend to have a dependency on coffee in order to function.  While the occasional cup of coffee is fine (3-5 cups a week,) there are much healthier daily alternatives that will increase your energy levels without the negative side effects. Here are six of my favorites.

It gets its name because it resembles a lion’s mane. It offers potent brain-boosting properties that have been shown to improve cognitive abilities.  In fact,  Lion’s Mane is often called the “smart mushroom”  because it’s a potent jitter-free, natural brain enhancer. One Journal of Agricultural and Food Chemistry paper, suggests that lion’s mane helps to ward off fatigue and promote mental clarity and focus.

Research shows Lion’s Mane can combat chronic depression and anxiety in as little as 4 weeks!  Eating these mushrooms can help with low energy levels because they increase NGF activity.  NGF stands for Nerve Growth Factor. This is a small protein-like molecule that’s part of a class of brain-boosting compounds called neurotrophins.    These mushrooms aren’t easy to find at the local grocery store, but you can take a Lion’s Mane supplement. Lion’s mane coffee is also available. I actually had some this morning.

This is a type of green tea created by taking tea leaves and grinding them into a bright green powder. The powder is then whisked with hot water. This is different from regular green tea, where the leaves are infused in water, then removed. Matcha tea gives you a much higher concentrated source of antioxidants, namely epigallocatechin gallate (EGCG), which increases energy. It also contains catechins, a group of antioxidants more powerful than both vitamins C and E in fighting oxidative damage to cells. In addition to increasing energy,  matcha tea can help aid in  weight loss because it boosts metabolism during exercise.

One 8 oz glass of matcha tea contains 72 mg of caffeine. That may still seem high considering coffee contains 91 mg of caffeine but actually it’s not. The caffeine in matcha takes longer to enter the system than coffee does. This offers more sustained energy without the sudden crash halfway through the day. In addition, matcha contains L-theanine, a potent antioxidant that helps to lower heart rate and increase focus and relaxation, which is the complete opposite effect that coffee has. The combination of caffeine and L-theanine in matcha helps creates healthy sustained energy.  And, when that energy wears off, it slowly ramps down instead of crashing like when you drink coffee.

If you wanted an excuse to eat more chocolate, here it is.

The cocoa beans used to make dark chocolate contain an organic alkaloid called theobromine, also called the ‘feel-good’ ingredient. It helps deliver oxygen to the brain and muscles, which makes it extremely helpful during exercise. Whether you’re pregaming a workout or just need a pick-me-up, dark chocolate can do the trick.

Just make sure that the chocolate bar contains at least 70 percent cocoa. Dark chocolate contains more theobromine than milk chocolate, and white chocolate has none.

Rhodiola is a flowering plant long hailed for its ability to increase energy, endurance, strength, and mental capacity. It’s considered an ‘adaptogenic’ herb, meaning it helps the body adapt to stress. According to one study published in Phytomedicine, this natural energy-booster can help reduce mental fatigue and improve performance on work-related tasks by up to 20 percent.

Rhodiola’s biggest win over coffee, though, is its potent ability to decrease perceived exertion during exercise.  The result: You can work out longer and harder.

It’s best to take a rhodiola supplement (400 to 600 milligrams) in the morning,  a half-hour before eating is ideal for maximum benefit. Since rhodiola increases focus and keeps you alert, it may disrupt sleep. Avoid taking it at night.

Chai tea is made by blending black tea with spices like cinnamon, ginger, cardamom, and nutmeg. All of these components help facilitate energy production and offer the body natural, jitter-free stimulation. Black tea contains about half as much caffeine found as coffee (about 47 milligrams), making it a more moderate way to perk up. Plus, while coffee can cause digestive disturbances, the ginger, black pepper, cinnamon, and cloves in chai may help reduce nausea and support proper digestion.

Yerba Mate is a tea-like beverage brewed from the leaves of a type of holly plant grown in South America. This one isn’t caffeine-free, but contains about 30 mg of caffeine versus about 100 mg in a standard cup of coffee.  Yerba Mate packed with more antioxidants than green tea, but it contains 24 vitamins and minerals and 15 amino acids including vitamins C, B1, and B2,  chromium, copper, iron, manganese, potassium, and zinc. Research shows it may aid in lowering cholesterol, enhancing mental clarity, boosting energy, and increasing the body’s ability to burn fat.